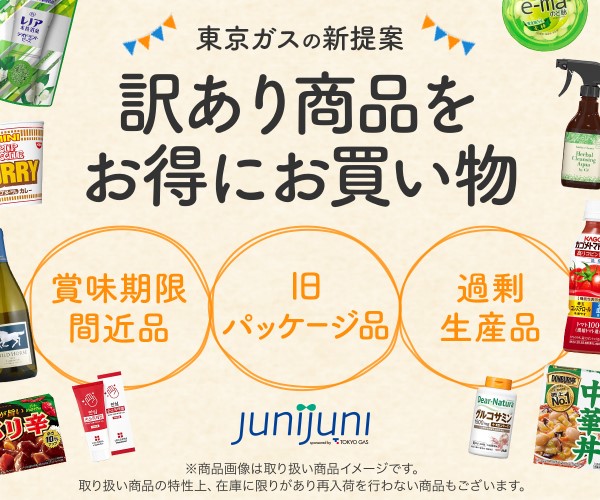 My name is Yū, and I am a therapist. I am an occupational therapist in Japan. I provide rehabilitation to children with developmental disabilities. Rehabilitation for children is mainly done using play. Therefore, we have to analyze what kind of training effect play has.
In this article, I will introduce a traditional Japanese game that is often played during the Japanese New Year. I will explain the games and the training effects they have on children.

Traditional Japanese games will be explained.

This is a traditional Japanese game played during the New Year.
Parts of a face, such as eyes, nose, and mouth, are scattered on a piece of paper on which the outline of an ancient Japanese mask is drawn. The player puts on a blindfold and places them in the appropriate positions to complete the face.
It creates a very strange and funny expression. People laugh at these expressions and start a happy year.

There are three key benefits that can be obtained from Fukuwarai.

・You can improve your spatial awareness to grasp the distance between yourself and the paper.
・Develops imagination to visualize the finished product in your mind.
・Develops motor imagery to move your body as you imagine it.

What makes the finished expression interesting is that you know how to place the parts of your face. You have to get a sense of the distance between you and the frame in order to place the eyes, nose, mouth, etc. in their proper place in the frame.
You also have to figure out the distance from the length of your hand, the movement and force of your hand, and imagine the movement. It is then that the relationship between yourself and the space is created.
With the blindfold, your vision is blocked. This allows you to focus more on your own senses.

The key is to use a blindfold to manipulate your body.

It is one of the board games in which you roll the dice and advance the pieces in the squares to reach the goal.
There are two types of sugoroku: sugoroku with its origins in backgammon, and sugoroku with pictures and letters written on the squares. It has been played in Japan for a long time.
It is a standard board game played during the Japanese New Year.

There are three key benefits that can be gained from sugoroku.

・To learn the concept of numbers and numerals.
・To develop the ability to read and understand the letters when they are written on the board.
・Develop mathematical and logical thinking.

By playing with the numbers that come up on the dice, you can learn numbers and the concept of numbers. In addition to the pictures, some Picture Sugoroku have instructions written on them. By reading and deciphering them, the children can practice reading letters.
How can you win the game efficiently?
You need to use mathematical and logical thinking to figure out which squares to advance. Of course, luck is also an important factor.

This is one of the indoor games using cards. It is often played during the Japanese New Year. In karuta, there are two types of cards: those with text on them and those with illustrations on them.
The cards are divided into two groups: the reader and the person who takes the card. The reader reads out the text on the cards.
The first player to find the card with the illustration that matches the sentence read is the one who gets the card. The player who gets the most cards wins.
The word “karuta” is considered to be Portuguese, not Japanese in origin.

WHACK A WAKA Hundreds of English

There are four key benefits to be gained from karuta.

It is ideal for training reading and listening to text. It can also help develop memory and judgment skills. As a cognitive function training, this card game can be enjoyed by both adults and children.

Since listening to the other person is an important part of the game, this is a great way to train your listening skills.

Top has been played in many parts of the world since ancient times, and was also played in Japan. One of the reasons for spinning top at New Year’s in Japan is the following theory.
The Japanese word for spinning a top is “mawaru”. This word “mawaru” has several meanings. One shows spin, and the other is used to describe how things are going well.
The Japanese used the image of a spinning top as a metaphor for the circulation of money in the world and the success of things.
Spinning tops on New Year’s Day is considered to be a good omen in Japan.

There are four key benefits of spinning tops.

・It promotes coordinated body movements and strength.
・Promotes body image and motor imagery.
・Encourage a desire to try again and again until you succeed.
・Visual changes can be enjoyed.

When you spin the spinning top, you have to visualize the fine finger movements and the amount of force. It also requires a lot of strength to vigorously spin top with your fingers.
In the case of the type that rotates on a string , the first thing you need to learn is how to wind the string to spin top. But it is very difficult and takes a lot of practice. You will have to practice many times on how to turn it. This will foster a sense of accomplishment and challenge when they succeed.
There are patterns on the top, and just watching it spin and change colors is something I never tire of seeing.

A kite is made of a wooden frame, to which cloth or paper is attached and a string is attached. The kite is towed by the string to create lift and send it flying into the air.
Kites are one of the playthings used during the Japanese New Year. There is a meaning to kite flying as a New Year’s game.
Flying a kite high in the sky is a way to wish for a boy’s health and growth.

There are three key benefits to be gained from flying a kite.

・Training of the whole body (especially the legs)
・Reading the sensation of the kite through the string helps to develop the sensation in the hands.
・Making a kite is a good way to train fine hand movements.

To make the kite fly, you have to run vigorously. This uses a lot of your leg muscles.
Your hands must also feel the string. You have to control the kite by using the delicate sensations transmitted from the kite. In order to make a kite, it is important to use tools and fine hand movements. Through these activities, you can train the motor functions of your hands and the sensation of your hands.

Traditional Japanese badminton is one of the traditional games that have been played during the Japanese New Year. It is a game in which the players use wooden rackets to hit each other with feathered balls attached to Sapindus mukorossi seeds. It is similar to badminton.
The wooden racket is called “Hagoita” and is one of the traditional works of art. （There is a link below for reference)

Sapindus mukorossi, when written in kanji(Chinese characters), means that the child will not get sick.
Therefore, it is considered to be a good omen in the Japanese New Year, especially for girls, to wish them good health.

There are three key benefits to be gained from traditional Japanese badminton.

・Full body movement training
・The feathered ball encourages body image and motor imagery in order to hit the ball back accurately.
・It helps develop cognitive functions such as attention and judgment.

In order for you to hit a feathered ball back accurately, you need to predict the trajectory of the ball. By moving your body appropriately to those predictions, you can develop a motor image.
You also have to keep your eyes on the ball. This requires a lot of concentration. In addition, you have to predict the trajectory of the ball and then make an instant decision to move your hand.
You can train not only your motor functions but also these cognitive functions.

They are toys that can be enjoyed by the whole family.

These traditional Japanese toys have one thing in common. They are toys that can be enjoyed by the whole family.

These toys have been played with by all generations, so parents and children can play together. They can also be played with grandparents. Fathers and mothers can also teach their children how to play.
By playing with these toys, you can encourage family communication.

Children learn the motor and cognitive functions necessary for growth through various types of play.

Why is play so effective?

The answer is “fun”. The positive sensation of fun has a very positive effect on the brain. It helps to stimulate the development of brain cells in a better way.

Play is one of the most important training tools for children’s rehabilitation.

You should play a lot with your child.

Thank you for reading.

reference
・Explanation of each play ： Wikipedia
・Illustration: Irasutoya （https://www.irasutoya.com/）
・How do you say New Year’s play in English? （https://eigodekore.com/new-year-playing/）